It was my first reading of The Watson’s Go to Birmingham–1963 by Christopher Paul Curtis, and I was fascinated by the book’s structure: most of the book is not about Civil Rights, but rather about bullying, and it focuses on childhood scenes that, though depicted with some comic relief, have an undercurrent of humiliation, intimidation, and violence. The young narrator, Kenny, tells the story of his African American family’s decision to drive from their home in Detroit to Birmingham, Alabama so that the bullying, wild behavior of his older brother, Byron, can be reined in. Byron is going to spend the summer with his grandmother in Birmingham; as Byron’s father says, it is hoped that this experience will give Byron a taste of the “real world.” The “real world” is the South of the 1960s, with communities fractured by segregation, protests, and bombings.

This book’s structure of beginning with playground cruelty–the bullying by Byron and his friends–and then showing a societal pattern of discrimination and violence towards a race, caused me to wonder if the author Curtis was helping young readers to relate to childhood cruelty first to try to grasp a much larger issue of society’s cruelty. Working closely with an English teacher, Joanna Hasbell, we decided to build empathy towards a time period that seems remote to these fifth graders, and we would build that empathy by looking at primary sources first to help see the person behind the cruel events. After students used primary sources to make observations and raise questions for further inquiry, they explored a webquest of pre-selected database articles and websites to read background information and make further observations on some of the cultural influences and issues of the 1960s.

As a class, we began by viewing a photo of young Ruby Bridges, who is pictured walking from a building and being escorted by several men in suits. Fifth graders began looking closely and observing details, such as the men wearing badges and armbands that said “marshall.” One student guessed Ruby was being arrested, but the lack of distress in her demeanor and the number of officers to apprehend one young girl made this an unlikely guess. Students then guessed that these men were protecting her, acting as body guards. Analysis questions from the Library of Congress “Primary Source Analysis Tool”  helped to probe further observations, such as describing the physical setting (students guessed that Ruby was walking from a school building) and reflecting on what was not being shown in the photo (reactions of the crowd who were angered at desegregation of the school).

Their observations and questionings–such as “Were people angry at Ruby and angry about desegregation?”–gave students a direction for further searches to locate photos or articles to support their assumptions. Students also practiced advanced search techniques that would be used in the webquest to locate additional primary source photos or background articles: 1) bound phrase using quotations, such as “Ruby Bridges”; limiting website, such as site:pbs.org; and scanning an online article for a particular word or short phrase by using the find command (cmd F on a Mac or cntrl F on a PC).

After practicing the guided inquiry techniques of looking at primary sources, each student examined a different primary source. As they looked at photos of scenes depicting segregated movie houses, protest marches, lunch counter sit-ins, and school stand-offs, students were encouraged to look closely at facial expressions, body language, and wording on buildings and protest signs. They noted, for instance, body language: the photo below depicts white men, arms defiantly crossed, using their bodies to block the doorway of the University of Alabama as Governor Wallace delivered his speech upholding the segregation policy; contrasted with this, an opposing white man stands with his hand on his hip (a federal agent infuriated that Governor Wallace is defying the desegregation laws). In another photo, students contrasted facial expressions of two young protesters: a stern-faced African American marcher and the jeering white man who marches alongside him.  The wording on the two protest signs supports interpretations of the facial expressions. 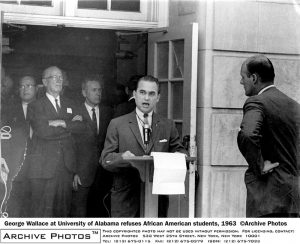 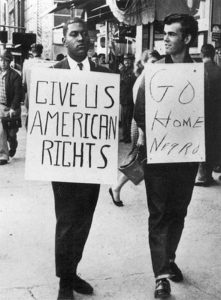 Some students viewed primary sources that provided insights into how popular culture shaped the society, such as movie posters and photos from 1960s movies: theme of racial conflict (To Kill a Mockingbird); or attitudes toward “pranking” (The Parent Trap); or physical violence viewed humorously (The Three Stooges). Even toys of the 1960s were explored, such as Barbie dolls (idealized “white” beauty) and G.I. Joe dolls (black soldier doll with stereotyped features). Database articles as well as websites provided additional background information. 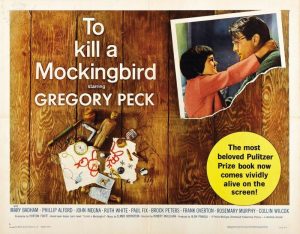 As students began reading The Watsons Go to Birmingham—1963, the English teacher asked students to brainstorm words related to the concept of “Mean,” and she used the student responses to make a bulletin board word cloud. Their brainstormed words reflected a growing understanding of the complexity of negative feelings. 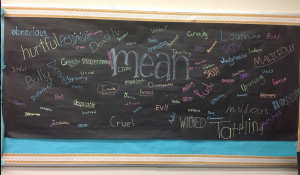 An additional opportunity for close observation and building empathy occurred during our school’s author visit with Nathan Hale. Nathan Hale’s Hazardous Tales graphic novels use the language of cartoons to dramatize historic moments (often humorously), and Nathan shared with students how primary sources and historical research are combined in his tales. In a writing workshop session with the fifth graders, Nathan asked students to use one of the primary source photos at their table to create a four-frame cartoon. The photograph depicted a Coke machine labeled 6 cents and “Whites Only.” Nathan asked students to pretend that their cartoon characters traveled in a time machine, viewed the Coke machine, and reacted to the “Whites Only” message. Below is one student’s cartoon statement on the nature of freedom in the United States. 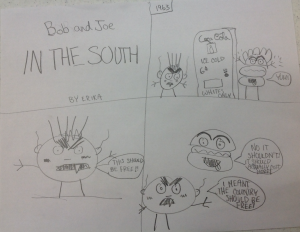 See the Child
In a PBS interview with Ruby Bridges, Ruby commented on the angry crowds that gathered as she went to school: “They didn’t see a child. They saw change, and what they thought was being taken from them. They never saw a child.”  In this collaborative project, fifth graders used primary sources to connect with a time period that seemed to them to be very distant. By looking closely, they “saw the child” and used empathy to guide their inquiry-based research, thereby deepening their understanding of the 1960s.