This has been a big year of moving and changing for me…not only did the entire book collection need to be weeded in half, the library and the makerspace moved in the middle of the year.
So the beginning of the year, my Monday Maker Club had access to the three 3D printers, lots of wood, styrofoam,and tons of cardboard in every shape and size. One student actually made her own pin ball machine, complete with a spring that worked! Several of the boys designed their own swords and shields.They used hand drills to create their masterpieces and from the photos below you can see they were very inventive, indeed.
) 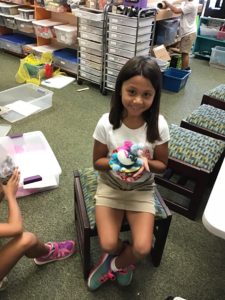 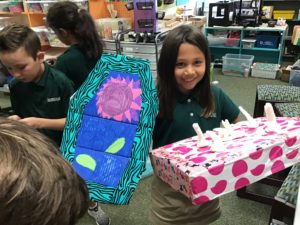 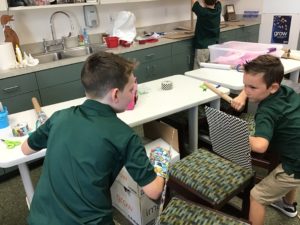 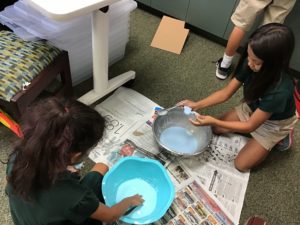 We had a sink and a microwave so lots of time was spent mixing and making slime, which was always a big choice.  All their projects could be left in the makerspace from week to week until they finished since it was a designated space with an area for storage. I also had a huge walk in closet to store all my materials in addition to my own office complete with three book cases and 4 file cabinets. I was in my glory and did not even know it….until the BIG MOVE!!! 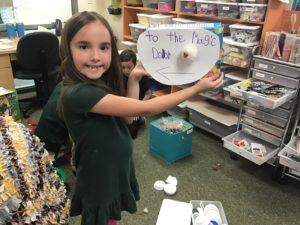 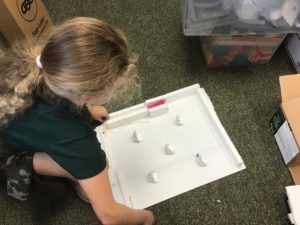 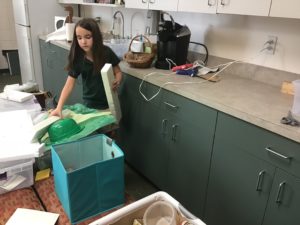 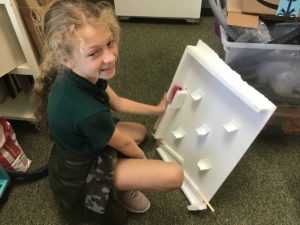 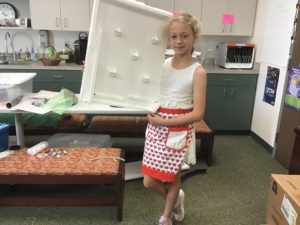 OMG….then it was March and I found myself sharing a closet which was to be a shared office space for me and the tech teacher, along with storage for all my maker supplies, teacher supplies, and media specialst supplies. There would be room for only 1 file cabinet….and I was purging like a crazy woman for sure! Not only that area was smaller, there would be no room for any wood or cardboard and the 3D printers were being replaced with a new one. There would be a sink, but no microwave. The makerspace was actually to be shared with the tech person since it also served as her classroom. This was not the ideal situation for storing any projects from my maker club students….so a new approach had to be taken. Students did not have access to as many materiels and needed to bring “big projects” home if they were not done, since we had no storage for them. It seemed to be quite a dilemma, indeed! How could I run a “maker club” if there was not enough materials for the students to “make.”

Instead of using a 3D printer, students started using the 3D doodler pens I had.They got quite creative and from the photos below they really endulged themselves with perfecting their creations. 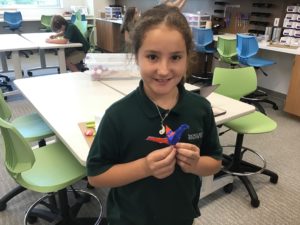 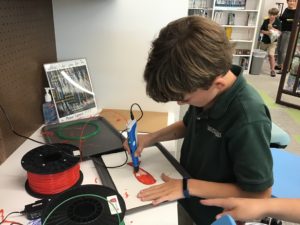 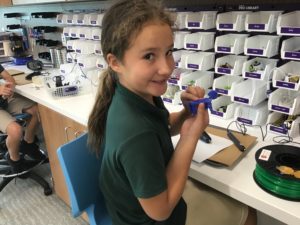 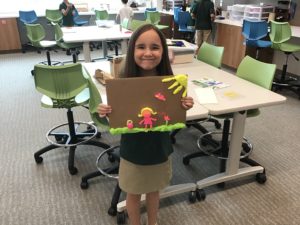 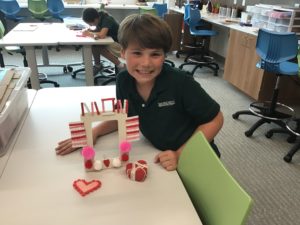 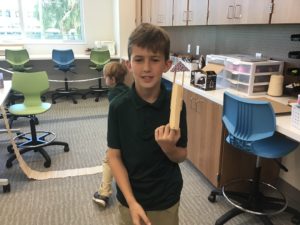 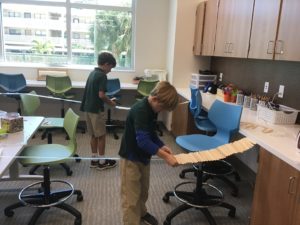 Dogs, rabbits, fish, and birds were being created and learning trouble shooting skills when the pens did not work correctly was a life long lesson of perserverance. Perler beads were taken out of the cabinets and students designed new items. Model magic was used to design scenic pictures as well as crafty items. Clothes pins were being taken apart and added to frames for Mother’s Day gifts. Everyone seemed excited to endulge themselves in their work independently and cooperative learning was also evident.

I was so worried there would be too many restrictions in my new space for the students to enjoy being in the club and doing things differently. I was the one surprised when the last session approached and one of the students made a beautiful doggy tissue holder with a conversation bubble stating: “Always be Happy”. After I complimented her on her creation and took her picture holding it, she held it up to me and said, “This is for your desk. I made it for you.” 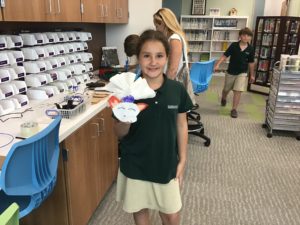 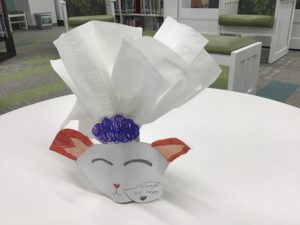 “Magical moments” can happen… just try to open your minds and hearts to embrace “change”…I am still learning.

1 thought on “Reflection of a Maker Space…”