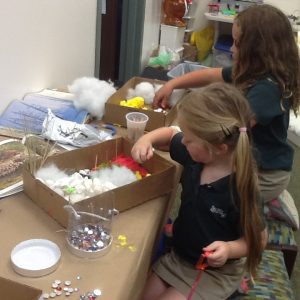 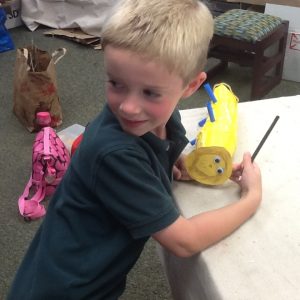 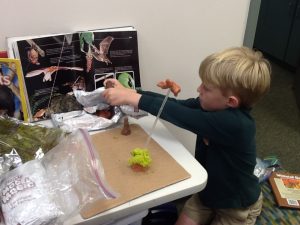 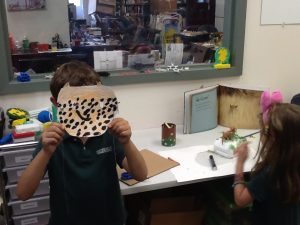 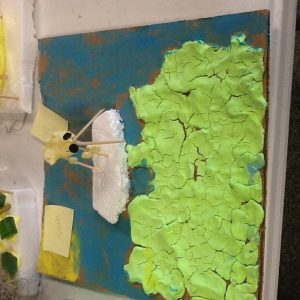 What happens when K students visit the makerspace to create a project about their favorite animal which they have researched? Their list consisted of lions, tigers, cheetahs, elephants, deer, sharks, wolves, lizards, giraffes, bats, monkeys, parrots, sloths, crocodiles, and mosquitoes. Some of the students worked in groups and some worked individually depending on their choice. Watching them turn clothespins into trees, plastic bags into animal bodies, straws into grasslands, pompoms into trees, clay into animals, tiles into water holes and mud areas, and gems into animal spots was absolutely fascinating. Using their imagination the students decided to make animal masks, actual models, and habitats for their animals. 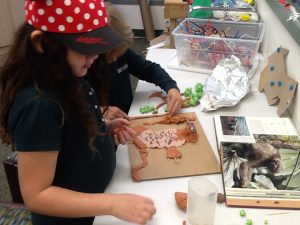 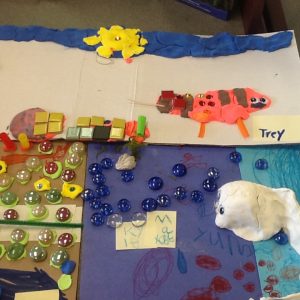 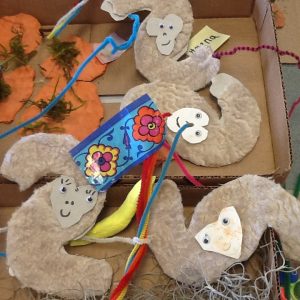 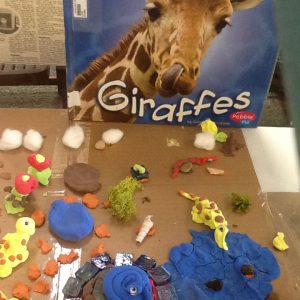 Each student had access to the same materials, but everyone took a different approach to solve their problem. They shared the information they learned about the animals’ predators, the food they eat, as well as how they hunt and live, in their displays. The results were absolutely amazing and they could explain every detail they created. Visitors to the media center were in awe as they admired the final displays. They attracted the attention of the JK students and teachers and they wanted to know who designed them. One of the wishes the JK students made in the beginning of the year was to learn about some of these animals. Arrangements were made between the JK teachers and the K teachers to have the K “experts” share their knowledge with the JK students. This made the project a full circle experience for everyone. 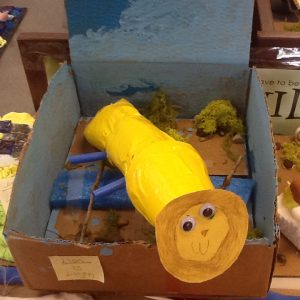 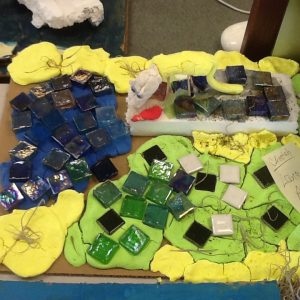 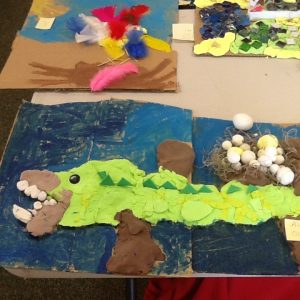 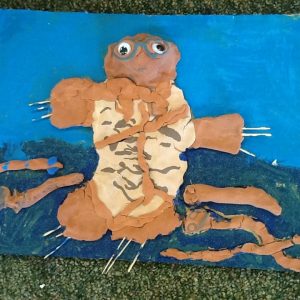 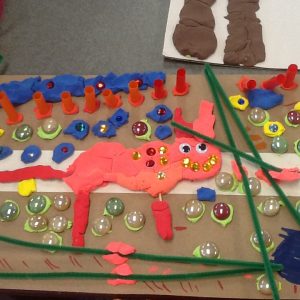 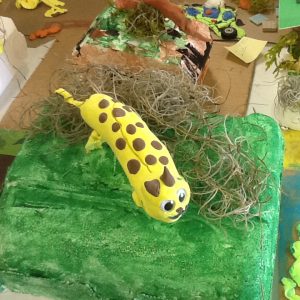 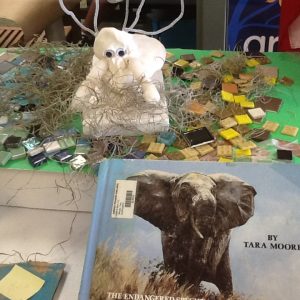 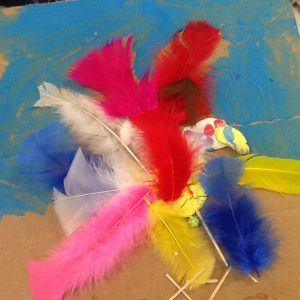 Felix Adler in 1892 was adamant about about kids becoming discoverers of knowledge by learning how to make things as opposed to being passive recipients of it. This lines up with the current thinking today in our 21st century schools. The self confidence that each K student displayed was apparent as they transferred their expertise to their younger audience. This culminating activity reenforces the power children have on their learning experiences when we just “Let Them Go and Let Them Make.”