Four years ago, I started an afterschool maker club. The concept of a “Maker Space” was fairly new and only 3 students signed up. The minimum was 6, but since the director believed that this was a valuable program, she approved of my very small club. We always started with a design challenge of some kind and the rest of the time was spent on the students “making” their individual projects. Ever since then, every club session has been filled to capacity. In fact, students were turned away once the 10 slots were filled and many disappointed parents told me how their child wanted to be in the club. We now have enrolled up to 20 students from grades 2-4 and another teacher is helping me run the club. There have been groups of students who voted not to have a design challenge so they can spend the entire hour of the club “making”. It is just a fascinating experiece to supervise so many creative minds and watching them making, inventing, and creating. There have been “moans and growns” when their parents come to pick them up because they are so involoved in the making process. I can honestly say there are no discipline problems during this time, since each child is excited about what they are doing and are self directed and vested in their activities.

Recently, one of my students said he wanted to make a boat. For three club periods (3 hours) he designe a cardboard boat made with foam, duct tape and other materials he found in the makerspace. His mother told me how excited he was after the first club meeting. He took the boat home and the next day was running to the library to tell me his boat floated. He put it in his pool that night and he sat in it while his sister videotaped him. He was glowing with pride and excitement. I told him I definitely wanted to see that video. That was also the highlight of my day. Who would have thought a box, 2 rolls of duct tape, and some left over foam could be so important in the learning process of a third grader? I have shared some photos and hope you can find this one. 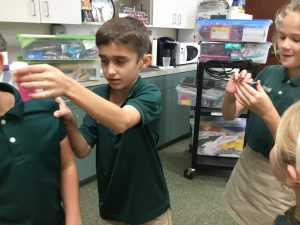 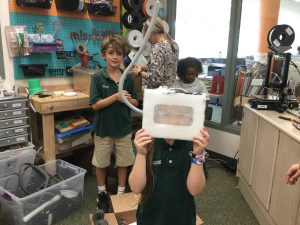 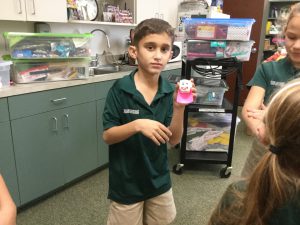 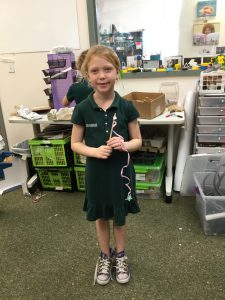 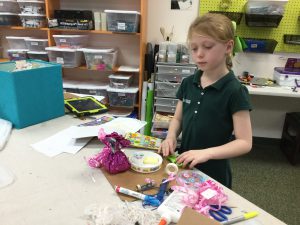 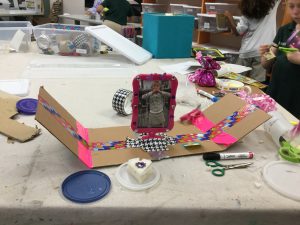 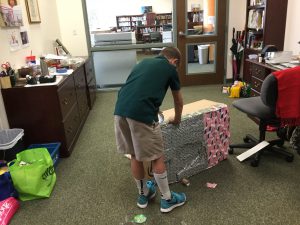 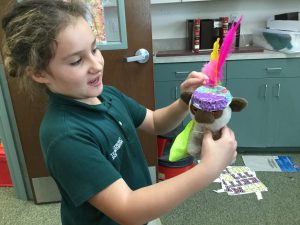 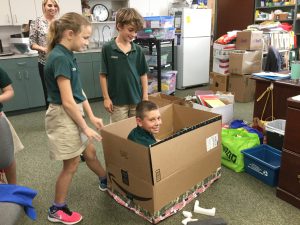 I was reflecting on my past teaching experience when I used to have a “hobby day” every Friday afternoon with my self-contained fifth grade class. They looked forward to bringing their hobbies to school to share or work on them. It seems that those students were in fact, early “makers” too! Giving students time to be creative, and have hands on experiences supports innovation and entrepreneurship as well as design thinking. When something does not turn out the way they wanted it to, they learn to redesign it using their past knowledge. These are valuable lessons that will help them be life long learners. Isn’t this one of the reasons we are in this profession? And remember, “What Happens in the Makerspace…..Stays in the Makerspace”. 🙂