Guest post by Chris Young. A version of this post originally appeared in January on my blog, The Cardigan Papers.

Photo by Branden Harvey on Unsplash.

I often wonder if middle and high school students are as concerned about the integrity of the news media as we adults are. Do young people know why the grown-ups (or school librarians, at least) have recently become so bent out of shape about fake news, media bias, filter bubbles, and viral rumors? Do our students spend much time thinking about the fourth estate’s role in our democracy? Some certainly do, but I know I didn’t at their age. If students don’t appreciate what the real news is supposed to do, do they see any reason to worry about fake news?

I thought it would be interesting if the seventh grade students in my semester-long library class had a conversation about the news with their parents. Maybe a conversation with a trusted role model at home would help put future news literacy lessons into context for students. I also like any kind of assignment that gets kids interacting with family members. So I asked my students to record an interview with a parent or older family member asking their opinions about the news media.

This was an optional homework assignment for my students, our first involving audio, so I tried to keep it as simple as possible. I took about three minutes of class time to show students how to record an interview using the voice memo app on their phones. WNYC’s Radio Rookies has an excellent video tutorial along with tips for conducting a good interview. I asked my students to use the following prompts:

I emailed parents to explain the purpose of the assignment and let them know that participation was voluntary. After the interview was recorded, parents were asked to email the audio file to my work address, noting whether or not I had permission to share their recording with the class.

The individual interviews were fantastic. Students did a great job with mic placement and recording and it was wonderful to hear parents give such thoughtful, measured responses about a contentious topic. I was so pleased with the interviews that I decided to take the project a step further and weave the responses together into a short podcast à la This American Life or StoryCorps. 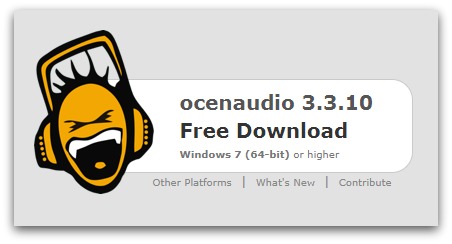 This next step was only going to work if I could find a free audio editing app that was easy to use. After researching options, I downloaded Ocenaudio and studied John Keisker’s five minute YouTube tutorial to learn the basics. I found free, quirky background music at the YouTube Audio Library. After some basic editing and mixing, the following montage was born. I share it here with permission from everyone involved in the recording:

How cute is that?

I like the idea that students and parents dedicated a few minutes to having this conversation about the news media’s role in our democracy. I also like that students are taking steps toward being journalists themselves. How much more fun would it be to get students to write their own interview questions and edit their own audio? The tools are simple and readily available and my students will figure out how to use them faster than I can. They will, however, still need guidance in setting standards for ethical journalism and responsible media production. I love imagining what producing authentic, quality news pieces could teach students about consuming news.

More than anything, this assignment was super fun. The class got a kick out of hearing the montage whether or not they submitted audio. I loved playing around with tools and a form that were new to me. And the positive PR generated for the library program by sharing the final podcast was, as we say in New Orleans, lagniappe.