Here in Los Angeles, we  have been spending a bit of time lately pulling together schedules and content for the upcoming AISL conference to be held here from April 13 to April 15, 2016. We’ve had Steering Committee meetings, sub-committee conversations via phone and Ning, and lots of back and forth with a great many librarians to make sure all our bases are covered, from school visits to museum outings to workshop content, hotel arrangements to bus transportation (and back again!).

This is my 3rd opportunity to help plan an AISL conference; my first was in Los Angeles in 1993, and then again in Pasadena in 2003. As they say, this ain’t my first rodeo. I’ve been going along busily making my lists and checking them twice, but this final schedule revision has made me realize just how much we depend on our network and neighboring librarians for every last flourish and function.

As I pause among my lists and spreadsheets, I am forcefully reminded  of the value of our consortia. ISLE (the Independent School Library Exchange here in the Los Angeles area) and AISL share more than just pronunciation (a point that leads to much confusion when we talk about AISL doings at our ISLE meetings, I can tell you!). We are microcosm and macrocosm. While each group is roughly defined as ‘a group of librarians working together’ (and what is the collective noun for that, anyway? a Quire of Librarians? A Magazine of Librarians? a Collection of Librarians? Feel free to dive in here to make suggestions), they do serve different purposes.  There are quite a few smaller regional groups among AISL librarians, in Boston,  New York, Georgia,  the San Francisco Bay Area, to name a few, and each of these smaller regional groups have come together to provide support and exchange ideas and resources. The larger group of AISL serves as a broad coalition allowing us to peek beyond our own regional boundaries to see what else is going on in our world. ALA’s ISS is another way we can connect with the wider world of independent school libraries.

Consortia can perhaps serve librarians even more comprehensively than other types of professionals. School librarians (particularly those at smaller independent schools) are often isolated on campus, often work alone, often are perhaps running from meeting to teaching to ordering to advising, and very often don’t have the interactions that other faculty do with their larger departments and scheduled class times. It may prompt the observation that “I don’t have time for consortia– I’m too busy running to keep up!” I would counter  by saying the one-person library stands most in need of the type of support and exchange that a regional consortium can offer.

My first school librarian position was at Mayfield Senior School in Pasadena, in 1986. It is a lovely and lively independent Catholic school with 250 girls at that time, and I was their first professional librarian — and their only librarian. I was encouraged to join the local consortium, ISLE, and I still remember my first meeting (at Loyola High School!) in the fall of that year. Our first goal was making nearly every magazine from the Reader’s Guide to Periodical Literature available to all. In the early to mid 1980s, before digital media and databases, this was a big accomplishment. 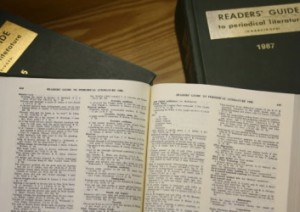 In addition to the periodical exchange, we grew as a professional support group, from the initial 8 schools to over 40 in the 1990’s. A subset of schools decided to move into the digital age and, through a grant from the Keck Foundation, brought together cataloging resources via OCLC and a union catalog to be shared by all members of this group. For many of our schools, these were the first computers in the library and for some, the first computers in the schools. Our union catalog was distributed monthly by CD-ROM, so we all became tech-savvy with this hot new technology. Through the Keck grant we were able to hire a Catalog Integration Specialist to work between the 14 schools in this group, and as we gained tech savvy we gained confidence and credibility among our peers. 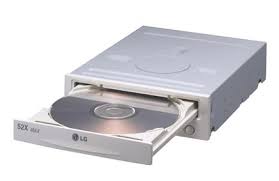 Thinking back over the decades, it is amazing to think of what we have accomplished as a group. Being among the first to digitize at our respective schools was huge. Learning from each other, borrowing from each other, and just being able to access the collective brain of our local library community– all are benefits from membership in ISLE. We now have 57 schools as members, ranging from The Bishop’s School in La Jolla (down by San Diego) north to Laguna Blanca in the Santa Barbara area. There truly is strength in numbers; these 57 schools all contribute and benefit from the exchange.

Just like any community, ISLE thrives on communication. We had newsletters and mailings in the old days, and now we’re on The Ning, a communications program that allows for a number of different functions. It’s been a bit of a challenge getting all librarians onto the Ning but it’s proven to be a fairly useful tool, allowing for groups, conversations, collections, and interactions. On the whole it’s been a productive way to plan meetings, work with committees and manage our archives, all in one place.

For those who would like more information about the founding of ISLE, check out this article written by Ellen Mintz and Lynn Angell in a 1987 issue of Independent School  For an interesting comparison, take a look at this 2013 issue of the same magazine, with an article by ISLE members  Elisabeth Abarbanel, Sarah Davis and Matthew Wittmer, and Dorcas Hand, past chair of ALA’s Independent School Section.

I can’t close without adding my own deep appreciation of the librarians that have taught me so much along the way. Through AISL and through ISLE, I have learned everything I know from kind and patient mentors who have shared their knowledge and hard-won experience with me. Ellen Mintz (of Harvard-Westlake School) and Lynn Angell (of Campbell Hall)– authors of that 1987 Independent School article– both deserve special mention. Ellen gave me much needed advice when I was contemplating  a change of school, and as fate would have it, I am now Head Librarian here at Harvard-Westlake Upper School, where Ellen worked when she gave me guidance. And Lynn gave me my first school librarian interview back in 1985. Even though I didn’t get the job (her school was fussy about requiring “previous school experience”, can you imagine!?), Lynn continued with her encouragement and kept me apprised of other openings in the area, with the eventual result of my being hired by Mayfield Senior School. Lynn and her husband David Angell were returning to Los Angeles from a family wedding in Cape Code on September 11, 2001, when their plane was hijacked. The shock of that loss remains with me, but the warmth of Lynn’s cheerful guidance is what remains at the forefront of my memories. Take a look at the The Angell Foundation Lynn and David created to further their philanthropic goals.

It’s your turn, now: tell us about your own consortium or regional group, or even share your ideas for that collective noun for librarians (a Compendium of Librarians?). And don’t forget to keep an eye out for the AISL 2016 conference in Los Angeles. Registration will open on Wednesday October 28. Don’t dawdle, either– it’s likely to fill up fast. Check out the conference libguide here.

4 thoughts on “In Praise of Community and Consortia”