What a great idea one of my third grade teachers had this year. Since her class was doing a research project about Florida she divided them into groups and they each had a specific topic to learn about and then display that knowledge on a map they would design. This would enable them to research, learn, show, and represent.  They were to learn about Florida through different aspects. The teacher divided her class in teams of two students that had complimentary skills and work ethics. The areas for exploration included Florida landmarks, populations, topography, waterways, highways, regions, ecosystems, indigenous tribes and the economies of Florida. Each group drew the outline of Florida and came to the makerspace to explore the materials they would use to portray their findings. Students were first able to research their topic, allowing them to see ways in which their topic was already represented. Then it was their turn to brainstorm ways that they could show their research to the class. The teacher and the students thought the makerspace would be a great asset to expanding the student’s idea of how they could show off their learning. Here are the results: 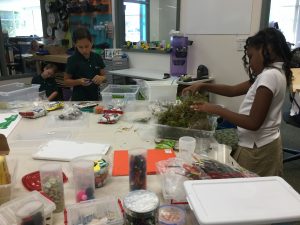 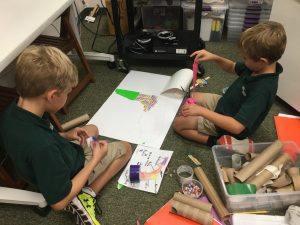 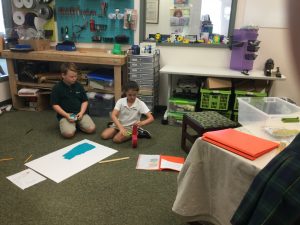 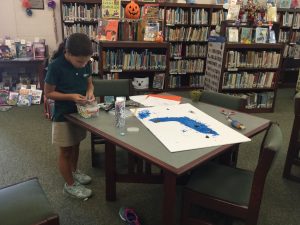 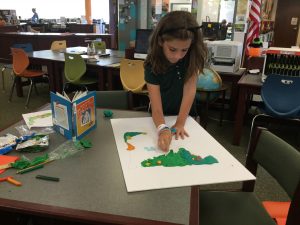 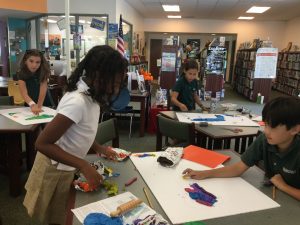 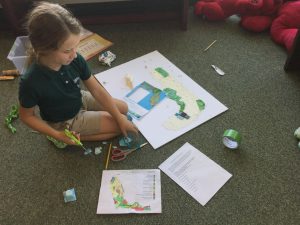 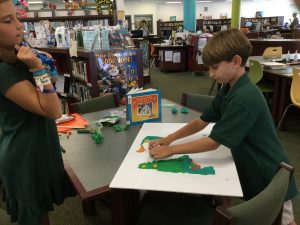 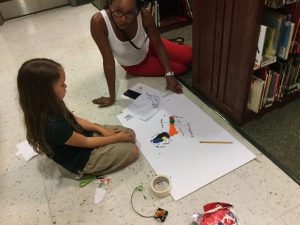 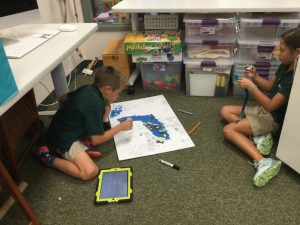 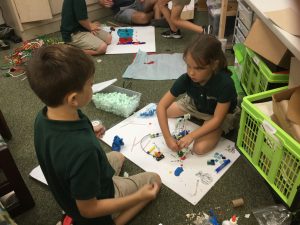 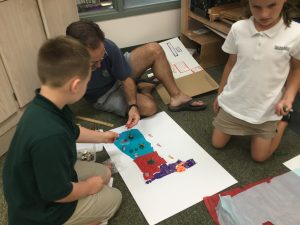 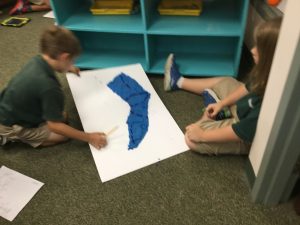 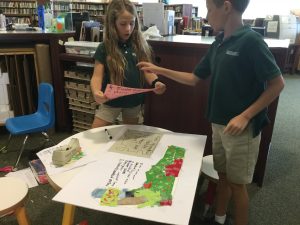 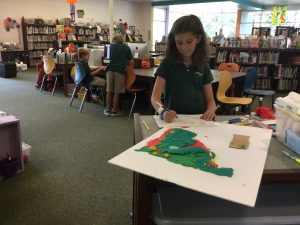 It was amazing to see children turn pipe cleaners into trees and orange buttons into oranges to represent Florida’s orange groves. Tissue paper became waves moved with littlebit components and colorful duct tape was used to divide the regions of Florida. They were so excited to work on their projects and they were always on task. They did their project share with other classes as well as for their parents. It was another example of how creative students can be when we give them time and freedom to express what they learned in ways we could never have dreamed of.