Not too long ago I came upon a blog posting on Washington Post’s The Intersect by Caitlin Dewey (October 2, 2014) with the catchy title/subtitle “Popular on Amazon: Wildly Misleading Self-Published Books On Ebola By Random People Without Medical Degrees” and it prompted me to look into the world of publisher credibility. A (young) teaching colleague has often defended the “Wiki world” of crowd-sourced information, saying that Wikipedia is often more accurate and complete than other older published titles, and championing the whole crowd-sourcing phenomena as largely reliable. Prompted by Dewey’s posting, I took the opportunity to check through the list of titles resulting from a keyword search of Ebola in Ingram’s ipage (our main book supplier) as well as those same results available in Amazon Books. 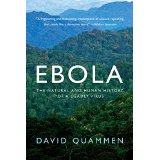 The top book in the Amazon search was David Quammen’s Ebola: The Natural and Human History of a Deadly Virus, published October 20, 1014 (the day of this writing, likely the effect of “Publish on Demand”). Hot off the press, as they say. This title is published by W. W. Norton, complete with reviews by known reviewers as well as readers. Once you take a closer look, though, you see the note: “Extracted from Spillover by David Quammen, updated and with additional material”. Spillover was published in September 2013, so it’s been updated to included new material reflecting the current Ebola outbreak. Okay, this is an understandable response from a known publisher to spruce up a related title to address the current hot-button topic. Just change that obscure title of “Spillover” to “Ebola” and voila! Watch the sales soar. 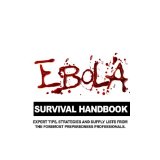 The second title in Amazon was Ebola Survival Handbook: A Collection of Tips, Strategies, and Supply Lists From Some of the World’s Best Preparedness Professionals, published September 22, 2014 by CreateSpace Independent Publishing Platform; number 3 is Richard Preston’s classic The Hot Zone, reprinted by Anchor in 2012. Next: Ebola Pandemic Survival Guide, published by Amazon Digital Services in 2014 (no author specified); 99 cents will get you 23 pages of information here. Down the list is a whole range of ebola titles, including Obama Invented Ebola : The Illuminati Truth; Ebola is Here!: Will You Survive a Global Pandemic? and What Obama Doesn’t Want You to Know About Ebola : 9 Horrifying Truths.  The majority of the Ebola titles from farther down the Amazon list have the clear notice: “Please note that the content of this book primarily consists of articles available from Wikipedia or other free sources online.” 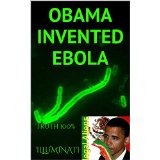 Looking at the Ingram list, I found a wide range of titles; Amazon doesn’t have a corner on the market of ‘junk science’. Some sample titles: Ebola Pandemic Survival Lists: The 7 Lists That Show You How To Prepare And Keep Your Family Alive During A Pandemic; Ebola, Mh17: the Hidden Truth, Clairvoyant/Psychic Predictions and Diagnoses by Clairvoyant Dimitrinka Staikova … the list goes on. It took me a bit of careful reading to see that third on Ingram’s list is Ebola Virus 100 Page Lined Journal : Blank 100 Page Lined Journal for Your Thoughts, Ideas, and Inspiration. This is a blank journal designed especially for your ebola thoughts and inspirations. Buy yours now!

One title listed at Ingram is Roy E. Lique’s Lured by the Allure of the Seas: The Perfect Cruise Vacation with Avert-Ebola Suggestions. Lique’s title was originally published some (unspecified) time ago,  about cruising with his wife,  but now he’s added a section about the “Ebola emergence”, tacked on due to the fact that “Ebola is a malignant threat to the health and well being of everybody specially in crowds as in cruises”.  Then there is this title: Ebola Virus is a Scam : but There Are Three Cures by Chinedu Akpa. From the “publisher marketing” paragraph: “Those evidences are what the media have never presented to the world because if they do, the whole world will realize that it is a scam and also that there are THREE CURES. Those are what you will find out about this Ebola virus from this piece…” This particular gem is priced at $300.00. And of course, is not returnable. In fact, most of these self-published Ingram titles are not returnable.

Caitlin Dewey’s blog post at The Intersect states that in the 90 days before October 2, “some 84 people have self-published Ebola e-books on Amazon… many of them are popular, crawling their way up the bestsellers’ list to sit atop categories, such as health and medicine. Many of them are well-reviewed by their readers, who vow to buy Hazmat suits or start vitamins based on what they’ve read. And many of the books — almost all of them, in fact — contain information that’s either wildly misleading or flat-out wrong”.  This is the battle we’re fighting. This is our cause. To teach our students and our faculty to be critical users of information. To teach them how to evaluate what they find and to pick and choose the ‘best’ information for their needs. And part of this — admittedly the least exciting part– is to teach our students and faculty to be patient enough to wade through the fine print to see whether this is a title collected up from free posts on the ‘web, or reprinted from something 10 years old.  Even in the face of EBOLA!, we need to take our time and evaluate our information. Reminds me of an old saying, quoted in Joe Jackson’s “Sunday Papers”: “They wouldn’t print it if it wasn’t true”.  Would they? 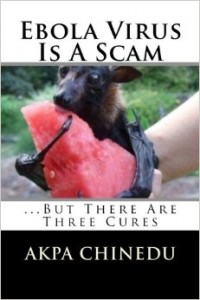